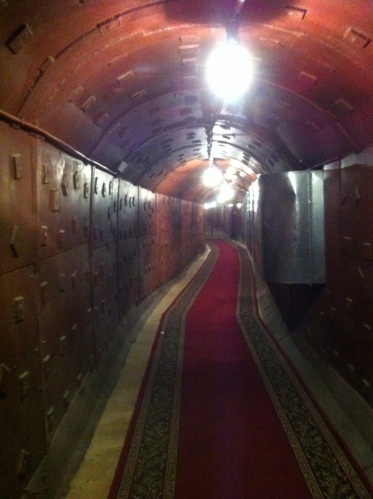 Waking up late and hungover, I sprinted to meet Nastya and Jenya at Pain De Quotient for my plat de jour before heading into the Special Secret Soviet Nuclear Bunker 42. I love guides who are insatiably fascinated by the subject of their tour, and in this instance he seemed bordering on obsessive.  As well as adding comedic value, his feverish love of the Special Secret Nuclear Bunker, now to be referred to as the SSSNB, seemed to fit perfectly with a tour around a Soviet era construction.

A ‘little’ apprehensive due to being mildly claustrophobic we descended 65 metres down a narrow, steep staircase.  When we reached the bottom our nuclear-bunker-pride guide discovered that one of our party hadn’t yet purchased a ticket. How we all laughed when the guide said back up the stairs to the ticket booth for him. How he stopped laughing when he realised the guide was being serious. Built in the 50’s, it was home to 2,500 workers (a large percentage being telephone operators) for the next few decades as a ‘nuclear attack sanctuary.’ 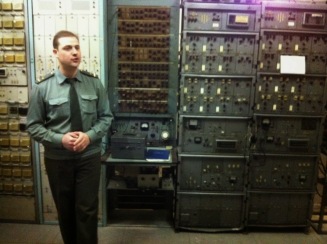 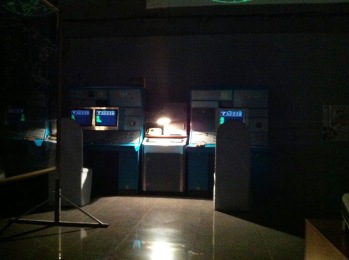 We were guided through the narrow passages of the SSSNB, and shown the entrances linked to the Metro system, which I found strangely fascinating. We got to play dress up in Soviet army gear complete with AK 47’s. Perhaps my favourite, and most definitely the guide’s part of the tour; blowing up a Nuclear Bomb in the SSSNB. The guide and I were both sat at a computer, listening to commands from our superiors (he was mine from) that ultimately ended up in us pressing a button that dropped a Nuclear Bomb on civilians. Whilst he was excited and enthusiastic about this act, I sat there with a dropped jaw staring at the screen above that was showing a mix of terrified humans and the aftermath of my actions. I did however enjoy sporting the Soviet hat.

At the end of the tour we were shown the area you could rent out for parties and conferences. Capitalism eh?